Add your pickup truck or SUV to the list of things like your stock portfolio, your 401K, and your house that aren’t worth what they were just a few months ago.

Used-car values are closely tied to new-car values. Thanks to $4-a-gallon gasoline, the bottom has dropped out of new-vehicle demand for pickups and SUVs. The housing bust has also hurt pickups directly, since many are bought for use in construction businesses. Those factors have had a corresponding effect on used-car values for those vehicles.

“I’ve never seen anything like it, where segments have fallen as much as they have and as quick as they have,” says Ricky Beggs, vice-president and managing editor of Black Book, a widely used industry benchmark for trade-in prices and used-car auction data. For instance, according to Black Book data, the average trade-in value of a 2006 Chevrolet Tahoe, once one of General Motors’ top sellers, has fallen around 29 percent, or more than $6,000, since March. The Tahoe is a full-size SUV that also comes in a hybrid version.

Wholesale auction prices for used, full-size SUVs averaged $10,507 in June, according to Carmel (Ind.)-based Adesa, a used-vehicle auction company. That was down an average of $3,167, or 23.2 percent, vs. the year-ago month. Full-size pickups were down $3,203, or 27.3 percent, to $8,513, Adesa said. The fall in price for some individual models is much greater than the Adesa average.

The drop in values is good news if you’re in the market for a new or used pickup or SUV. Otherwise, falling used-vehicle prices can be bad news in several ways.

For instance, automakers said low trade-in values are inhibiting shoppers who want to swap their gas-guzzling truck for something more fuel-efficient. They’re suffering from sticker shock when they learn how little their trade-in is worth. Many shoppers turn on their heels, keep their trucks, and don’t buy anything.

Owners of large pickups are more likely to be “upside down” than any other product segment, according to the Power Information Network. That is, about 40 percent of full-size pickup owners who bought a new vehicle in May and June owed more on their trade-in than it was worth, vs. an industry average of 29.2 percent, according to PIN data from dealership finance departments.

Along with the iffy economy, low trade-in values have served to hurt sales in general, and crossover vehicles in particular, since automakers expect many SUV defectors to buy crossovers. In June, sales for AutoData’s crossover/sport wagon category fell 16.6 percent from the year-ago month, to 184,871. First-half crossover sales were down 2.8 percent, to 1,196,360.

For the industry, U.S. car and light-truck sales were down 10.1 percent, to 7,411,682, in the first half, according to AutoData. Within the total, cars were down only 1.5 percent, but trucks were off 17.9 percent, including crossovers.

A crossover combines the people-hauling capacity of a truck with car-like handling, a quieter ride, and improved fuel economy. Instead of a traditional truck platform, which amounts to a body bolted onto a heavy, ladder-like frame, a crossover has a more car-like “unibody,” welded in one piece. The trade-off is less capability for off-roading, carrying heavy loads, or hauling heavy trailers.

“The SUV population is a big source of sales of trade-ins in the crossover segment,” said George Pipas, U.S. sales analysis manager for Ford Motor, during a conference call earlier this month. “With the sharp decline of residual values (truck resale values), this is sharply limiting the availability of those people to get out of their SUV and into that segment,” he said. Pipas added: “Crossovers in June and in the second quarter continued to decline. Not as sharply as full-size SUVs and pickups, but declines nevertheless.”

As a group, new-vehicle sales of full-size SUVs such as the Chevy Tahoe and Ford’s Expedition were down 31.4 percent year to date, to 189,690. Midsize SUVs, including the Chevy TrailBlazer and the Jeep Grand Cherokee, were down 26.3 percent in the first half, to 425,033. Small SUVs such as the Jeep Wrangler and Toyota’s FJ Cruiser were down 33.6 percent, to 115,255. Full-size pickups, led by Ford’s once-mighty F-150 and the Chevy Silverado, were down 24 percent as a group, to 814,078 in the first half.

Eventually, many truck owners will have to replace their vehicle, even if they take a hit on the trade-in. In turn, that could mean they have to come up with a bigger down payment, borrow more and/or pay more interest, and spread payments out over a longer term in order to achieve an acceptable monthly payments.

“It’s like owning a stock that’s depreciating in value,” says Tom Kontos, executive vice-president, customer strategies and analytics for Adesa. “True, you don’t realize the loss until you sell it. But if it’s depreciating, what do you do, hold onto it while the value goes down even more? Sometimes you just have to take your lumps,” he says.

There’s nothing stopping many truck owners from hanging onto their trucks. Quality and durability have improved over the years. And unlike cars, trucks are less likely to be leased, especially pickups. Lease customers have to take action at the end of a lease. Most leases end with the customer turning the vehicle in, but they can also buy it or extend the lease. In any case, they have to do something.

Mark LaNeve, GM North America vice-president of sales service and marketing, estimates leasing only makes up about 5 percent of midsize and full-size pickup sales. “It’s not a big lease category for the industry or for us,” he said during a July 1 conference call. For some luxury cars, leasing accounts for a majority of sales.

Adesa’s Kontos says auctions are getting fewer vehicles that were traded in at dealerships, but he could only guess at the reasons why. If there are fewer new-vehicle sales, it stands to reason there are fewer trade-ins. It’s also possible people are hanging onto their vehicles longer, to avoid an onerous trade-in. “Certainly it’s a disincentive [to trade] if your trade-in’s not worth as much,” he says. Kontos adds auction volume is down 15 percent to 20 percent for the category of used vehicles that includes trade-ins from dealerships.

Selling may be a tough choice, but buying a used truck might not be such a bad idea, Kontos says. He estimates it would take at least two or three years of use for the price of gas to outweigh the money that could be saved by buying a used truck at today’s depressed values.

Edmunds.com, a car-shopping research and advice site, on June 30 added a “Gas-Guzzler Trade-In Calculator,” to help people figure out how long it takes for better gas mileage to pay for itself in a car that costs more than the vehicle being replaced. “Car buyers think they can save money by dumping their gas-guzzler and purchasing a gas-sipper,” said Philip Reed, Edmunds.com’s senior consumer advice editor, in a written statement. “But when you look at the big picture—total cash out of pocket—a very different situation is often revealed.”

Kontos says he thinks the drop in values for used trucks is an overcorrection, and eventually prices will start to recover. The Big Three Detroit automakers and Toyota, Honda (HMC), and Nissan have all announced cutbacks in North American truck production, which helps.

“The bursting of the truck ‘bubble’ may be somewhat similar to what has been seen in other markets such as housing and stocks, where shrewd opportunists are often able to capitalize on undervalued assets,” Kontos says. 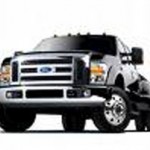