CHICAGO – Bridgestone Americas announced at the 2009 Chicago Auto Show that, as part of its ongoing commitment to automotive safety education and due to the incredible popularity and success of the program, it is launching its third annual Safety Scholars Video Contest.

Targeted to young drivers ages 16-21, Safety Scholars is a contest in which entrants create short auto safety-themed videos. This year, another topic – automotive environmentalism – has been made available to entrants, extending the message of the Bridgestone Group’s “One Team, One Planet” global environmental initiative.

Based on the success of past Safety Scholars contests, Bridgestone Americas is again looking to teens in the U.S. for their ideas and insights regarding behind-the-wheel safety and environmentally conscious usage of vehicles.

The winners of the 2008 Safety Scholars contest were on hand at the Chicago Auto Show to present their videos to a group of automotive journalists and enthusiasts from around the country. Danny Belkin, Ryan Massey, Angela Roscioli and Sarah Wilson utilized first-person accounts, dramatic narratives and other creative formats to deliver powerful messages about auto safety. Each winner received a $5,000 college scholarship and a set of new tires; and several Safety Scholars videos are now being aired (in a partnership with the Bridgestone brand-sponsored Driver’s Edge teen driving program) as public service announcements on television stations across the United States.

“Car crashes claim the lives of more 16- to 21-year-olds than any other cause, so safety education is a priority for us,” said Christine Karbowiak, Vice President of Community and Corporate Relations, Bridgestone Americas, Inc. “Environmental responsibility is equally important to the company, which led us to include that topic in this year’s contest. Safety Scholars is an innovative and engaging platform that allows us to communicate our commitment to both issues. We’re proud Safety Scholars is a contest for teens, by teens, and we can’t wait to see this year’s creative entries.”

· A panel of judges will select 10 finalists based on the following criteria: how well the video compels viewers to be more safety- or eco-conscious when using their vehicles, and how well the video effectively and creatively communicates its message.

· The 10 finalist videos will be posted on safetyscholars.com in addition to YouTube, MySpace and Facebook on June 25. The general public will then select grand prize winners through online voting at safetyscholars.com.

· Official rules with complete entry, eligibility and prize details are available on safetyscholars.com.

Votes will be tallied and grand prize-winning videos will be announced on July 23 at safetyscholars.com. In order to make videos easily accessible to young drivers across the country, the winning entries will also be posted on tiresafety.com and other Web sites.

Nashville, Tenn.-based Bridgestone Americas, Inc. (BSAM) is the U.S. subsidiary of Bridgestone Corporation, the world’s largest tire and rubber company. BSAM and its subsidiaries develop, manufacture and market a wide range of Bridgestone, Firestone and associate brand tires to address the needs of a broad range of customers, including consumers, automotive and commercial vehicle original equipment manufacturers, and those in the agricultural, forestry and mining industries. The companies are also engaged in retreading operations throughout the Western Hemisphere and produce air springs, roofing materials, synthetic rubber and industrial fibers and textiles. The BSAM family of companies also operates the world’s largest chain of automotive tire and service centers. 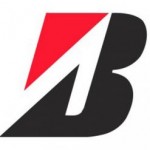