Nickel-hydrogen cells made in China have been installed on more than 2,300 hybrid electric vehicles (HEV) produced by Japan-based Toyota, according to sources with the industry regulator in central China’s Hunan Province.

The Municipal Government of Changsha, provincial capital of Hunan verified that Toyota, the world’s number two car maker in terms of sales, has named the Changsha-based Liyuan New Material Holding Co. Ltd as its only foreign cell supplier for its HEVs.

Liyuan, with an output of 4.4 million square meters of nickel- hydrogen last year, is the world’s largest foam nickel-hydrogen supplier, whose production accounts for 35 percent of the world’s total.

Liyuan’s nickel-hydrogen cell is the fruit of a key project in China’s “863 program” – a national high-tech plan initiated in March 1986 to enhance the country’s overall power.

The fuel cell has been taken as the best vehicle power for use on HEVs. The world’s auto industry expects HEVs will take up 25 percent of the world’s auto market by 2020, boosting the demand for nickel- hydrogen cells to 150 to 300 million square meters, based on each aHEV using 6 to 12 square meters of nickel-hydrogen cell. Enditem (?) 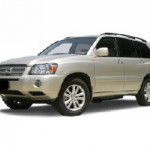