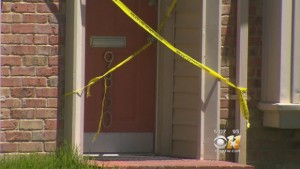 A shooting death Wednesday morning involving Dallas townhome neighbors in the 9800 block of Brockbank Drive near Love Field and the search for a murder weapon triggered a neighborhood evacuation. Police say 46-year-old Thomas Wilson shot and killed a neighbor two doors down, 34-year-old Nathan Tonolini and then waited for police to arrest him. Another neighbor, Jay Abbas, had just waved to Wilson as Abbas was leaving the complex, when he heard the shots. “I was looking right to left to go, and I hear ‘boom, boom, boom, boom.’ I can’t tell, four or five shots.” Abbas drove back to find a second neighbor lying on the pavement, Nathan Tonolini, a townhome community board member and a family man with a wife and step-daughter. “It broke my heart when I saw him laying down there. I cried,” Abbas said through a thick Lebanese accent. “He really good man. He really good man; he doesn’t deserve that.” Strangely enough, Abbas says the suspect then took his dog to a friend and told her to take care of it, because he would be gone a long time. Police quickly arrested him just outside his home. They towed his car and got a warrant to thoroughly inspect there home. There they found firearms and a package they thought suspicious. They evacuated the area until the bomb squad rendered the device harmless about two hours later. Tonolini is a DART employee, and friends say he was a Jehovah’s Witness who helped communicate with the deaf through sign language. Abbas called the victim and his family awesome, beautiful people, who added grace to his normally peaceful townhome community. “This a quiet place; I be here on first of August 15 years. I never see anything in here. I leave my door open.” Tonolini was shot multiple times. Police are so far offering no motive for the killing. 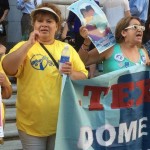 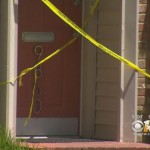