Dallas, TX —Mayor Tom Leppert announced today that Dallas will participate in Earth Hour 2009, a global climate event led by the World Wildlife Fund (WWF). Mayor Leppert challenged Dallas residents and businesses to make a positive statement for the environment by turning off all non-essential lights for one hour—Earth Hour—on March 28, 2009 beginning at 8:30 pm.

Earth Hour will mark the first time that Dallas ’ signature skyline and central business district will intentionally go dark. WWF’s global initiative aims to increase awareness about climate change and demonstrate that people from all over the world care about the issue.

“Earth Hour is an opportunity to unite with our neighbors around the globe on a singular issue that is important to us all,” said Mayor Leppert. “This event complements the work we’ve been doing with our Green Dallas initiatives and is a symbolic way to make a bold statement about Dallas ’ commitment to the environment.”

From Amman to Warsaw , city skylines will go dark for one hour as individuals, businesses, government buildings, schools and major landmarks turn off non-essential lighting in what is being called the largest climate awareness event in history.

Dallas is one of only nine key cities in the U.S. leading the Earth Hour effort along with Atlanta, Chicago , Las Vegas , Los Angeles , Miami , Nashville , New York and San Francisco . Other cities are signing up to participate every day.

“World Wildlife Fund is pleased that Dallas is taking part in Earth Hour 2009. As lights go out in cities around the U.S. and the world on March 28th, Earth Hour will provide world leaders with an unmistakable mandate to take action,” said WWF President and CEO Carter Roberts.

“The climate crisis threatens the ability of our planet to support its inhabitants. We want the world to know that Americans care about saving the planet and stand united in seeking to find solutions to climate change,” Roberts said.

During Earth Hour 2008, more than 50 million people in 400 cities on all seven continents turned off their lights as major icons also went dark, including the Sydney Opera House, the Coliseum in Rome , Stockholm ’s Royal Castle , the Empire State Building and the Golden Gate Bridge in San Francisco . Google turned its homepage black for an entire day in tribute. For Earth Hour 2009, nearly 700 cities in 75 countries have already committed to participating.

Dallas residents throughout the city are encouraged to turn off their lights for the event. The central focus of Dallas ’ Earth Hour celebration will be the downtown area – watch the famous Dallas skyline dim.

Many “watch parties” are being planned in Uptown, Deep Ellum and Oak Cliff including events at the Belmont Hotel and West Village to watch the Dallas skyline turn off its lights. For updated information on Earth Hour events, continue to check the official Dallas page of the Earth Hour web site www.EarthHourUS.org/Dallas .

Lights affecting public safety, such as lights in public spaces, street lights and in hospitals, will remain on.

For more information about Earth Hour or to sign up to participate, visit www.EarthHourUS.org/Dallas

WWF is the world’s largest conservation organization, working in 100 countries for nearly half a century. With the support of almost 5 million members worldwide, WWF is dedicated to delivering science-based solutions to preserve the diversity and abundance of life on Earth, stop the degradation of the environment and combat climate change. Visit www.worldwildlife.org to learn more.

The City of Dallas ’ Green Dallas initiative is aimed at environmental responsibility and encourages both public and private sector involvement. To find out more about how the City of Dallas is an environmental leader and what residents can do to ‘build a greener Dallas ,’ visit the City’s green Web site www.GreenDallas.net 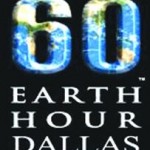