The Dallas Cowboys are gambling that Greg Hardy is the missing piece their defense needs in 2015. 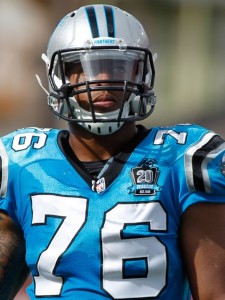 because of legal troubles. But they’ll pay him like the potent pass rusher he is if everything works out before Hardy hits the open market again in a year.

The new contract includes $9.25 million in per-game, 53-man roster bonuses, protecting the Cowboys if Hardy, 26, ends up suspended by the NFL under the personal conduct policy even though prosecutors dismissed domestic violence charges against him last month.
The rest of Hardy’s compensation comes from a $750,000 base salary, a $1,311,600 workout bonus and up to $1,804,400 in incentives tied to sacks and finishing the season for a maximum value of $13.116 million — the same amount he made last season with the Carolina Panthers.

The deal also includes a provision the Cowboys can’t use the franchise or transition tag to retain Hardy in 2016, a person with knowledge of the contract told USA TODAY Sports, speaking on condition of anonymity because details were to remain private.

That makes this strictly a one-off shot on Hardy, who remains on the commissioner’s exempt list while the NFL mulls potential discipline.
Domestic violence charges against Hardy were dismissed Feb. 9 after prosecutors said the accuser in the case couldn’t be found. Hardy was convicted last summer of assault on a female and communicating threats in a case involving a former girlfriend.

Hardy met with NFL officials March 4 in New York, but there was no immediate change to his status. Each game Hardy is not on the 53-man roster would cost him $622,242 while making it more difficult to reach his incentives as well.

The Tampa Bay Buccaneers pulled out of the bidding for Hardy on Wednesday when general manager Jason Licht told the Tampa Bay Times, «At the end of the day, we didn’t feel good about it.»

Instead, Hardy lands in Dallas, which advanced to the divisional round of the playoffs last season despite ranking 28th in the NFL in sacks. 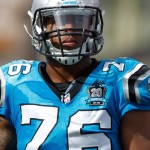 Anterior: Trump Explores a Run for President, But Still Has a Plan B
Siguiente: TxDOT AIMS TO SAVE LIVES, CURB DEADLY WORK ZONE CRASHES