At the 2011 Texas Truck Rodeo the all new 2012 Ford F-150 takes the highest honor reclaiming the title from the 2011 Ram Truck at the Historic Knibbe Ranch in Bulverde, near New Braunfels,cand San Antonio the venue of the 20th annual Texas Truck Rodeo.
The weather was wonderful and the Texas Hill Country was inviting; this is the third
consecutive year that the Texas Truck Rodeo has resided at the massive acres of the beautiful Knibbe ranch.

Texas is the biggest and most successful truck buying market in the world and across the United States, and selling the most Trucks in this market is important for all Truck manufacturers.
The Texas Truck Rodeo is a nationally recognized major event, and all awards are influential in the automotive industry.

This year’s winner of the Title “Truck of Texas” is the all new 2012 Ford F-150, taking away the award from the 2011 Dodge Ram longhorn; The Ford F-150 was named overall winner after an extensive weekend of competition and testing by 57 professional Automotive Journalist, the
Comparison and testing of all factors began on Thursday of last week and ended Saturday
afternoon, quite grueling but rewarding task for all passionate writers who support the Industry.

The 2012 Ford F150 follows in the path of many other great and fantastic vehicles that have received the prestigious and highest honor of the Truck of Texas by TAWA – (Texas Automotive Writers Association) The Nameplate of Ford has been awarded top honors many times in the 25 history of TAWA; The Texas Auto Writers Association, Inc. was founded by automotive journalists in 1985 who wanted to provide an avenue of professional growth, development, and networking for automotive journalists. These
professionals sought to create an automotive event that was unique to Texas. Therefore,
they founded the «Texas Truck Rodeo” The Truck Rodeo concept was created by Tim Spell and named by Tom Wolfgang. Since 1992, Truck Rodeos have been held all over Texas such as San Antonio, Houston, Dallas, Fort Worth, and Granbury; The Texas Truck Rodeo is an automotive event unique to Texas and reflects the character of the award, the three day fierce competition compares various manufacturer’s vehicles side by side in off-road and on-road testing, the manufacturers enter two and four wheel drive models of their Trucks, SUV’s, and CUV’s, elected vehicles receive the prestigious and nationally acclaimed recognition of the Truck of Texas-The SUV of Texas, and the CUV of Texas, winners are given a gigantic silver ‘traveling trophy» that they can keep for a year to showcase to all the Industry and the consumer market.

The winners of the individual categories receive large custom-designed cowboy rodeo belt buckles for award display, many vehicles competed in each category for coveted recognition such as heavy-duty trucks, SUV’S(Sports utility vehicles)and (CUV’S Crossover utility vehicles) Luxury and from mid size to full size, the competition was fierce and intense, all individual winners were named for each category; Other award for Top
Features and advancement in technology went to Ford’s EcoBoost Fuel system Technology.

At the 20th Annual Texas Truck Rodeo TAWA had 57 registered automotive journalist who were eager to test and evaluate approximately 60 Trucks, SUV’S CUV’s in off-road and on-road areas, and streets, the test drive route took the journalists up and over steep and challenging rocky areas, and down rocky paths, through small ranch creeks and along the terrain of the gravel at the edge of the Guadalupe river, drive was also
experienced on smooth pavement of local streets for smooth and quiet comparison; All the manufacturers had their top public relations representatives ,engineers, designers and
marketing specialist, and VIP executives were present to give knowledgeable information
about their vehicles and to attempt to guide and influence in the evaluation, testing, and
voting process.

The Victorious Title and the Silver Traveling Trophy and custom-designed belt buckles,
and other respected awards will be presented at a special ceremony during the Houston Auto Show in January 2012.

Congratulations to the Ford Motor Company and Jeep for Top Honors and for their support to the organization and the Market.

journalist members from Texas and throughout the U.S. 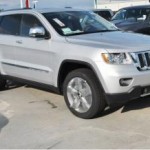