· Ford now has more than 1,000 engineers working on vehicle electrification – its highest number ever; 60 engineers added in the last year, dozens more to be added in the year ahead

· Most of the 1,000 engineers are located under one roof at the newly dedicated Advanced Electrification Center in Dearborn, Mich.

· Ford is doubling its battery-testing capabilities by 2013, helping accelerate its hybrid and electric vehicle development by as much as 25 percent

· By developing more technologies in-house through investments in infrastructure and people, Ford is delivering more affordable and fuel-efficient vehicles to its customers

Ford is adding new green jobs, doubling its battery-testing capabilities and speeding electrified vehicles to market by at least 25 percent, creating even more fuel-efficient choices for customers.
“The good news for customers is that they not only have more choice, but they have faster access to Ford’s latest and greatest in fuel-saving technologies and vehicles,” said Joe Bakaj, Ford vice president of Powertrain Engineering. “This stems directly from our decisions to deliver true power of choice by expanding our dedicated electrified vehicle team and further investing in our facilities.”
Ford is investing $135 million in the design, engineering and production of key components – including advanced battery systems – for its next-generation hybrid-electric vehicles going into production this year.
For example, Ford’s battery-testing capabilities will double by 2013 – to a total of 160 individual battery-test channels. This includes investing in more of the highly specialized machines that can test and simulate everything from power and performance to life and thermal behavior over a complete range of temperatures and possible operating conditions.
Also, Ford is dedicating a 285,000-square-foot research and development lab in Dearborn, Mich., to focus almost entirely on hybrids and electrification. The building formerly known as the Advanced Engineering Center is renamed the Ford Advanced Electrification Center and houses most of the 1,000 engineers working on hybrid and electrification programs.
Ford continues to build its electrified team with 60 engineers hired in the past year and dozens more positions to be filled this year.
Power of choice
Customers benefit from Ford’s investments in two ways – more fuel-efficient vehicle options and even better value.
Ford is reducing the cost of its current hybrid system by 30 percent versus the company’s previous-generation system. Plus, Ford is launching five electrified vehicles this year as part of its power of choice strategy to deliver leading fuel economy across its lineup and triple electrified vehicle production capacity by 2013.
The five electrified vehicles Ford is launchingfall in line with its goal of providing customers with power of choice when it comes to fuel-efficient vehicles. The five electrified vehicles are:
· Focus Electric: Production began late 2011; America’s most fuel-efficient compact with 110 MPGe city; charge time of four hours with the available 240-volt charging station, which is nearly half the time as Nissan Leaf
· C-MAX Hybrid: EPA-certified to deliver 47 mpg highway, 47 mpg city – at least 3 mpg better than Toyota Prius v – and 47 mpg combined with more performance and technology, and all at a $1,300-lower base price
· C-MAX Energi plug-in hybrid: Coming this fall; a projected electric-mode miles per gallon equivalent that is more than three times that of Toyota Prius plug-in hybrid per EPA testing methods; 95 MPGe; total range of 550 miles
· All-new Fusion Hybrid: Coming this fall; 47 mpg expected to beat Toyota Camry Hybrid by 5 mpg highway
· Fusion Energi plug-in hybrid: Will begin production by the end of 2012; aiming to be the most fuel-efficient midsize car in the world
More information about Ford’s electrified vehicle lineup – including press releases, technical specifications and other related material – can be found online here.
Ford remains America’s largest domestic producer of hybrid vehicles. The company launched the Escape Hybrid in 2004 and Fusion Hybrid in 2010, with both delivering strong customer satisfaction and industry-leading fuel economy, driving dynamics and durability.
Battery-powered
Typical of the auto industry, Ford’s early hybrids contained batteries that involved third parties in everything from design to testing.
As the scope of Ford’s hybrid program expanded, however, Ford found new efficiencies by bringing research, development and production of electrified vehicles in-house, said Anand Sankaran, Ford executive technical leader, Energy Storage and HV Systems.
“Time is of the essence, especially when we have a specific launch date,” said Sankaran.
Ford’s doubling of its battery-testing capabilities is one example of how crucial time is maximized as the company no longer has to search for the right supplier with the right equipment to quickly perform specific tests.
The expanded battery-testing capabilities allow the team to quickly collect, analyze and apply vast amounts of data and – when needed – modify tests and easily adapt necessary changes. Projects are completed at least 25 percent faster than they were with previous-generation hybrids, Sankaran said.
Ford AEC: Past and present
The Ford Advanced Electrification Center, formerly the Advanced Engineering Center, is located within the company’s Henry and Edsel Ford Research & Engineering Center, the 500-acre technical complex in Dearborn that opened in 1953 and serves as the home for research and engineering efforts.
It was constructed on the research campus in 1993 as part of an $84 million project that centered largely on noise, vibration and harshness testing with several state-of-the-art labs within.
That changed in 2009. As Ford’s investment in electrified vehicles such as Fusion Hybrid increased, so did the size of the Sustainable Mobility Technologies team behind it, said Chuck Gray, Ford chief engineer, Global Core Engineering Hybrid and Electric Vehicles.
The rapid growth has not only brought together a large group of talented and smart engineers, it has brought together innovators from diverse backgrounds. Many have experience in aerospace working on jets, rockets, missiles, satellites and unmanned aircraft. One engineer even spent time in the driver’s seat of the Goodyear Blimp.
“We know what it takes to build world-class hybrids and are building on that expertise,” said Kevin Layden, director, Ford Electrification Programs and Engineering. “We’re continuing to invest so Ford can continue to lead in the delivery of top fuel economy, durability and driving dynamics in our electrified vehicles.”
About Ford Motor Company
Ford Motor Company, a global automotive industry leader based in Dearborn, Mich., manufactures or distributes automobiles across six continents. With about 168,000 employees and about 65 plants worldwide, the company’s automotive brands include Ford and Lincoln. The company provides financial services through Ford Motor Credit Company. For more information regarding Ford and its products worldwide, please visit http://corporate.ford.com 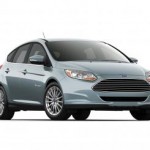