HOUSTON — A top Air Force general testifying at a congressional hearing Wednesday about the growing sexual scandal at Joint Base San Antonio-Lackland in Texas said officials «clearly failed» to establish order and discipline among instructors at the base.
The hearing before the House Armed Services Committee, which is streaming live on the committee’s Web page and CSPAN, started with testimony by the Air Force’s top commander, Gen. Mark Welsh III, and Gen. Edward Rice Jr., head of the training command at Joint Base San Antonio-Randolph.
Rice noted that “the vast majority of our instructors served with distinction in a very demanding duty assignment,” however, “we clearly failed in our responsibility to establish order and discipline among our instructors.”
As of this week, 32 basic training instructors at Lackland are under investigation stemming from sexual misconduct allegations and 59 alleged victims have been identified by the base.
A report in mid-November found that a fractured command culture and “leadership gap” at Lackland helped fuel the scandal. Six basic training instructors at the base have been convicted of sexual misconduct dating to 2008 and nine trials are scheduled. Staff Sgt. Eddy C. Soto faces a possible life sentence at trial next week for the alleged rape of a female trainee.
Rice said that there have been cases at Lackland in which a commander decided “a court-martial was not the appropriate venue” for discipline and instead “used some of the other tools available to them uniquely in the military justice system,” including «non-judicial punishment.» But he said that did not mean the accused escaped justice.
«The evidence indicates that our efforts are making a difference,” he said, noting that there have not been any reports of sexual misconduct during the last seven months.
Welsh appeared more contrite, saying «we’re not reversing the trend in a major way.»
“There is no justifiable explanation, and there is no way we can allow this to happen again,” he said.
Welsh noted that the Air Force created «special victim teams» of prosecutors trained to handle sexual assault cases who go to work later this month, and that they plan to hire and assign a victim advocate to every installation by October.
“I will never stop attacking this problem,” he said, “until we can eliminate this horrible crime from the ranks of our Air Force.»
He said victims of sexual assaults and misconduct also need to be encouraged to come forward to pursue charges against their assailants.
«We have to keep those victims engaged in finding and prosecuting the perpetrators. I believe there are predators who commit these crimes. We need to find them and screen them out early before they commit other crimes,” Welsh said.
Advocates for military sexual assault victims spoke on Capitol Hill ahead of the testimony, some disappointed that the congressional hearing, chaired by Rep. Howard P. “Buck” McKeon (R-Santa Clarita), would not include testimony from any of the 59 alleged victims at Lackland.
Susan Burke, a Washington-based lawyer who is handling five cases involving more than 100 alleged victims of military sexual assaults, told The Times that their absence at the hearing shows a “lack of thoroughness on the part of our congressional leaders.” She said advocates requested that victims be heard at the hearing, but were turned down.
“How can you expect to fix things if you’re not willing to hear from the people directly affected by the problem?” she said before the briefing by the Burlingame-based advocacy group Protect Our Defenders.
Committee spokesman Claude Chafin said Wednesday’s testimony was «an important step,» but only one of «a number of tools» the committee has.
«This is not our first oversight activity, nor will it be our last,» Chafin told The Times.
A clinical psychiatrist is expected to testify later Wednesday as well as two victims, including retired Air Force Tech. Sgt. Jennifer Norris, who said she was at Keesler Air Force Base in Mississippi when she was first assaulted.
Norris, who appeared earlier this week to discuss the issue on MSNBC, has submitted a written statement to the committee about four sexual assaults she says she suffered while serving in the Air Force, the first an rape by a recruiter when she was 24 years old. 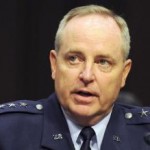 ...Air Force officials testified before Congress Wednesday on sexual misconduct charges against instructors at Lackland Air Force Base. They say there is no excuse for the behavior and vowed to curb the number of recorded incidents to zero.