The Hyundai Genesis is a new rear-wheel drive full-size luxury sedan due to go on sale in the United States later this year.

The success of Toyota, Honda and Nissan in recent years is well-known, but it’s not just Japan’s automakers taking the U.S. market by storm. Hyundai and Kia also have made significant inroads, with Hyundai enjoying record sales of the Sonata sedan it builds at its plant in Montgomery, Ala.

Now, after years of toiling in the shadow of Japan’s heavyweights, it looks as though Hyundai is trying to “do a Toyota,” shrugging off its image in the United States as a budget producer and looking to move into the more profitable luxury car segment. The Genesis looks like the first step in that strategy, taking aim at models from Lexus, Cadillac, Infiniti, Mercedes-Benz and BMW, which it likely will undercut on price.

“This looks like a very good product, but my question is, will you really buy a Hyundai if you’re looking for a luxury vehicle?” said Jack Nerad, executive market analyst for Kelley Blue Book, which tracks the automotive industry. The difference between Hyundai and Toyota, Nissan and Honda is that each of the latter three started a new sales channel (Lexus, Infiniti and Acura) to cater to the luxury buyer, Nerad said.

“To spin imagery around luxury — that would have been a stretch for the Toyota, Honda and Nissan brands, and I think it’s also going to be a stretch for the Hyundai brand,” he said. “You can only stretch a brand so far in terms of what it means to people. It may say good value, but that doesn’t mean that’s a priority when you move into the luxury end of the spectrum.” With U.S. auto sales expected to be stagnant this year and the economy struggling, Hyundai faces a difficult road. 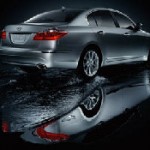