Litvinenko post-mortem ‘probably most dangerous ever’

The post-mortem examination of poisoned Russian dissident Alexander Litvinenko was probably «the most dangerous ever undertaken in the Western world», a pathologist has said.

Dr Nathaniel Cary told the inquiry into Mr Litvinenko’s death that his body was «very hazardous» and had to be transferred to a secure site for tests.

Mr Litvinenko died from radiation poisoning in a London hospital in 2006.

His death came nearly three weeks after he drank tea laced with polonium.

The former KGB agent had fled to the UK where he became a vocal critic of the Kremlin and worked for the UK intelligence service MI6.
Dr Cary, a Home Office forensic pathologist, said he and his colleagues wore white suits, protective gloves and specialised hoods, which had air pumped into them through a filter, during the post-mortem examination.

He told the inquiry: «It has been described as the most dangerous post-mortem examination ever undertaken in the western world and I think that is probably right.»

He added: «It appears Mr Litvinenko ingested a large quantity of polonium-210 on or around 1 November 2006, largely if not wholly by oral ingestion, rather than by inhalation.

«The calculated amount absorbed was in far excess of known survivability limits.»

There was no precedent for such a case of alpha particle radiation poisoning in the UK, he said.

Det Insp Craig Mascall told the inquiry there was an «ongoing criminal investigation».

Mr Lugovoi and Mr Kovtun have both denied involvement.

Det Insp Mascall also told the inquiry that at its peak, 100 detectives and 100 uniformed officers worked on the investigation.

On Tuesday, counsel to the inquiry Robin Tam QC said that Mr Litvinenko may have been poisoned twice.

Mr Litvinenko’s widow Marina has said her husband blamed the Kremlin as he lay dying in hospital, but Russia denies any involvement.

Russian interview
The inquiry also heard Mr Lugovoi had given an interview to the Echo of Moscow radio station in response to Tuesday’s proceedings.

Ben Emmerson QC, who represents Mr Litvinenko’s widow , said Mr Lugovoi had claimed the proceedings were resurrected, after being suspended due to the exclusion of secret material, in response to the Ukrainian conflict.

Reading a translation of Mr Lugovoi’s interview, Mr Emmerson said: «When the situation in Ukraine kicked off and the UK geographical interest… they had decided to dust off the mothballs and commence proceedings.»

Mr Lugovoi also said he «couldn’t care less about what’s happening» in Britain in response to the start of the inquiry, Mr Emmerson added.

The Litvinenko case
23 Nov 2006 – Mr Litvinenko, 43, dies three weeks after having tea with former agents Andrei Lugovoi and Dmitry Kovtun in London
24 Nov 2006 – His death is attributed to polonium-210
22 May 2007 – Britain’s director of public prosecutions decides Mr Lugovoi should be charged with the murder of Mr Litvinenko
31 May 2007 – Mr Lugovoi denies any involvement in his death but says Mr Litvinenko was a British spy
5 Jul 2007 – Russia officially refuses to extradite Mr Lugovoi, saying its constitution does not allow it
May-June 2013 – Inquest into Mr Litvinenko’s death delayed as coroner decides a public inquiry would be preferable, as it would be able to hear some evidence in secret
July 2013 – Ministers rule out public inquiry
Jan 2014 – Marina Litvinenko in High Court fight to force a public inquiry
11 Feb 2014 – High Court says the Home Office had been wrong to rule out an inquiry before the outcome of an inquest
July 2014 – Public inquiry announced by Home Office
January 2015 – Inquiry starts. Judge expects to conclude open hearings by early April and report before end of 2015 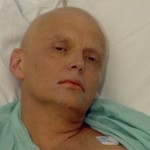