Why should you Care?

A basic tenet of the Campaign is that reducing the nation’s rate of teen pregnancy is one of the most strategic and direct means available to improve overall child well-being and, in particular, to reduce persistent child poverty.

Teen pregnancy is closely linked to a host of other critical social issues as well – welfare dependency, out-of-wedlock births, responsible fatherhood, and workforce development in particular. The National Campaign’s efforts are based on the core idea that preventing teen pregnancy should be viewed not only as a reproductive health issue, but as one that works to improve all of these measures. Simply put, if more children in this country were born to parents who are ready and able to care for them, we would see a significant reduction in a host of social problems, from school failure and crime to child abuse and neglect.

Despite the recently declining teen pregnancy rates, 34% of teenage girls get pregnant at least once before they reach age 20, resulting in more than 820,000 teen pregnancies a year.1, 2 At this level, the United States has the highest rate of teen pregnancy in the fully industrialized world.3

Teen pregnancy is bad for the mother…

Future prospects for teenagers decline significantly if they have a baby. Teen mothers are less likely to complete school and more likely to be single parents. Less than one-third of teens who begin their families before age 18 ever earn a high school diploma. Only 1.5% earn a college degree by the age of 30.4

There are serious health risks for adolescents who have babies. Common medical problems among adolescent mothers include poor weight gain, pregnancy-induced hypertension, anemia, sexually transmitted diseases (STDs), and cephalopelvic disproportion. Later in life, adolescent mothers tend to be at greater risk for obesity and hypertension than women who were not teenagers when they had their first child.5

Teen pregnancy is closely linked to poverty and single parenthood. A 1990 study showed that almost one-half of all teenage mothers and over three-quarters of unmarried teen mothers began receiving welfare within five years of the birth of their first child.6 The growth in single-parent families remains the single most important reason for increased poverty among children over the last twenty years, as documented in the 1998 Economic Report of the President. Out-of-wedlock childbearing (as opposed to divorce) is currently the driving force behind the growth in the number of single parents, and half of first out-of-wedlock births are to teens.7 Therefore, reducing teen pregnancy and child-bearing is an obvious place to anchor serious efforts to reduce poverty in future generations.

Teen pregnancy is bad for the child…

Children born to teen mothers suffer from higher rates of low birth weight and related health problems. The proportion of babies with low birth weights born to teens is 21 percent higher than the proportion for mothers age 20-24.8 Low birth weight raises the probabilities of infant death, blindness, deafness, chronic respiratory problems, mental retardation, mental illness, and cerebral palsy. In addition, low birth weight doubles the chances that a child will later be diagnosed as having dyslexia, hyperactivity, or another disability.4

Despite having more health problems than the children of older mothers, the children of teen mothers receive less medical care and treatment. In his or her first 14 years, the average child of a teen mother visits a physician and other medical providers an average of 3.8 times per year, compared with 4.3 times for a child of older childbearers.4 And when they do visit medical providers, more of the expenses they incur are paid by others in society. One recent study suggested that the medical expenses paid by society would be reduced dramatically if teenage mothers were to wait until they were older to have their first child.4

Children of teen mothers often receive inadequate parenting. Children born to teen mothers are at higher risk of poor parenting because their mothers – and often their fathers as well – are typically too young to master the demanding job of being a parent. Still growing and developing themselves, teen mothers are often unable to provide the kind of environment that infants and very young children require for optimal development. Recent research, for example, has clarified the critical importance of sensitive parenting and early cognitive stimulation for adequate brain development.4 Given the importance of careful nuturing and stimulation in the first three years of life, the burden born by babies with parents who are too young to be in this role is especially great.

Children with adolescent parents often fall victim to abuse and neglect. A recent analysis found that there are 110 reported incidents of abuse and neglect per 1,000 families headed by a young teen mother. By contrast, in families where the mothers delay childbearing until their early twenties, the rate is less than half this level – or 51 incidents per 1,000 families.4 Similarly, rates of foster care placement are significantly higher for children whose mothers are under 18. In fact, over half of foster care placements of children with these young mothers could be averted by delaying child-bearing, thereby saving taxpayers nearly $1 billion annually in foster care costs alone.4

Children of teenagers often suffer from poor school performance. Children of teens are 50 percent more likely to repeat a grade; they perform much worse on standardized tests; and ultimately they are less likely to complete high school than if their mothers had delayed childbearing.6

Teen Pregnancy is bad for us all…

The U.S. still leads the fully industrialized world in teen pregnancy and birth rates – by a wide margin. In fact, the U.S. rates are nearly double Great Britain’s, at least four times those of France and Germany, and more than ten times that of Japan.3

Teen pregnancy costs society billions of dollars a year. There are nearly half a million children born to teen mothers each year. Most of these mothers are unmarried, and many will end up poor and on welfare. Each year the federal government alone spends about $40 billion to help families that began with a teenage birth.10

Teen pregnancy hurts the business community’s “bottom line.” Too many children start school unprepared to learn, and teachers are overwhelmed trying to deal with problems that start in the home. Forty-five percent of first births in the United States are to women who are either unmarried, teenagers, or lacking a high school degree, which means that too many children – tomorrow’s workers – are born into families that are not prepared to help them succeed.6 In addition, teen mothers often do not finish high school themselves. It’s not easy for a teen to learn work skills and be a dependable employee while caring for children.

A new crop of kids becomes teenagers each year. This means that prevention efforts must be constantly renewed and reinvented. And between 1995 and 2010, the number of girls aged 15-19 is projected to increase by 2.2 million.6. 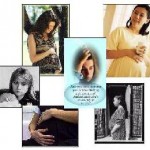 ...We got pregnant a month before my 17th birthday. I live in an emergency shelter for teen moms. I raise my son alone. In his whole life, his father has only taken care of him by himself one time. He does not pay me child support. My son was born two m