New research is raising questions about the long-term effects of Ritalin and other drugs widely used to treat attention-deficit hyperactivity disorder.

While most people agree that Ritalin and similar drugs can dramatically improve the lives of kids suffering from ADHD, doctors and parents have long been concerned about how the drugs might affect a child’s developing brain.

Now, new studies in rats suggest that methylphenidate, the generic name for Ritalin , may permanently alter the brain and may lead to depression in adulthood.

While the studies have limits — a rat’s brain is obviously very different than a child’s — the research nonetheless highlights the need to be sure of an ADHD diagnosis before putting a child on medication. ADHD has been estimated to affect 3% to 12% of children and is twice as common among boys as in girls.

But the criteria for the disorder — such as whether a child is easily distracted, doesn’t seem to listen or can’t sit still — are highly subjective and could easily describe many healthy children. Some psychiatrists believe that as many as 15% of kids diagnosed with ADHD actually suffer from some other problem that wouldn’t be helped by drugs — such as a learning disability, a sleep disorder or even a difficult relationship with a teacher. Efforts are increasing to make ADHD diagnoses less subjective. Now, “many kids are put on Ritalin when there’s very weak evidence,” says Eric Nestler, chairman of the psychiatry department at the University of Texas-Southwestern Medical Center in Dallas.

This latest research has particular significance for healthy children who have been wrongly diagnosed and put on ADHD medication. In December at the annual meeting of the American College of Neuropsychopharmacology, researchers from Harvard Medical School’s McLean Hospital in Belmont, Mass., presented a study on depressive symptoms that developed in adult rats exposed to Ritalin early in life. Researchers at the University of Texas-Southwestern in Dallas have reported similar findings.

While a rat study certainly can’t be the final word on the risks or benefits of any drug, the animals are a particularly valuable proxy to monitor drug effects in a young brain, because for ethical reasons it’s difficult to study children.

In both rat studies, young rats were exposed daily to Ritalin or a placebo, using doses that mimicked Ritalin use in childhood. The treatment was stopped for a period of time, and adult rats were tested for signs of depression and despair. The researchers found that rats exposed to Ritalin were less interested in sugar water and sexual activity than their counterparts who had never been given the drugs.

Notably, the rats were also exposed to cocaine. The Ritalin rats were far less interested in the drug than other rats. That suggests kids exposed to Ritalin probably aren’t at higher risk for abusing drugs. But it may also indicate that brain pathways involved in pleasure and aversion, which can subsequently influence behavior, have been changed, increasing the risk for depression.

The research measures only the impact of Ritalin on a healthy rat brain. As a result, the studies are best extrapolated to healthy kids, and emphasize the importance of getting the right diagnosis before putting a child on Ritalin . While only Ritalin was studied, scientists say it’s reasonable that other stimulants used to treat ADHD, such as Concerta or Adderall, would likely show similar effects.

Some symptoms that may result in a diagnosis of attention-deficit or hyperactivity problems if seen often enough.

• Does not seem to listen when spoken to directly

• Does not follow instructions and fails to finish work

• Fidgets with hands or feet or squirms in seat

“In defense of parents, they figure giving Ritalin is like giving aspirin,” says William Carlezon, a Harvard associate professor of psychiatry and co-author of the most recent study. But “one of the important implications of our work is that the effect of Ritalin doesn’t go away.”

ADHD can be difficult to diagnose, and doctors rely on reports from teachers and parents to determine how disruptive the problems really are. But such methods are notoriously unreliable. In one recent McLean study, data collected from 1,000 children showed some teachers never rated any kids with ADHD while others singled out nearly all the boys as potentially ADHD. “Teachers differ significantly in their sensitivity and tolerance for certain behaviors,” says Martin Teicher, director of the Developmental Biopsychiatry Research Program at McLean.

Dr. Teicher has developed the McLean Motion and Attention Test, or M-Mat, which uses a computer to confirm an ADHD diagnosis. During the 15-minute test, the child completes a task on the computer while wearing a headband with an infrared light. The light allows a video camera to track his or her movements and fidgeting. A normal child will fidget about 1,000 times, while a child with ADHD has been shown to move three to four times more. In children whom a doctor had previously diagnosed as having ADHD, the computer agrees about 85% of the time. Dr. Teicher notes that the test isn’t a substitute for the opinions of teachers, parents and doctors in diagnosing behavioral problems, but that it can be useful for helping to ferret out the estimated 15% of cases in which a learning disability or other problem has been mistaken for ADHD. It can also help confirm whether a drug like Ritalin is working.

McLean researchers are working with a private firm to expand use of the test, which is now used in about 60 hospitals around the country. For a list of hospitals who offer the M-Mat, go to www.mclean.harvard.edu/research/clinicalunit/dbrp.php. 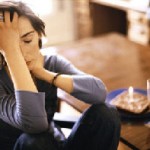