Researchers in Hungary have confirmed something many dog owners have long suspected: that canines understand our feelings.

Using a Magnetic Resonance Scanner, or MRI, scientists found that when it comes to emotions, dogs’ brains are similar to those of humans.

Dogs are usually not relaxed in a lab environment, but with a little petting and lots of treats they can be trained to sit still even in an MRI scanner. That’s how researchers in Hungary’s ELTE University were able to get images of their brains at work.

After training 11 dogs to stay motionless while their brains were scanned, the researchers checked their neurological responses to about 200 emotionally significant sounds, from whining and crying to playful barking and laughing. They then compared the responses from human subjects. They found striking similarities. Andics says it opens new possibilities for research.

“It establishes a foundation of a new branch of comparative neuroscience, because until now it was not possible to measure the brain activities of a non-primate and the primate brain in a single experiment,» said Andics.

The canine mind is also being studied at Duke University, in North Carolina. Co-Director of the school’s Canine Cognition Center, Evan MacLean, says that the Hungarian results are an important step forward.

“We’ve known for a long time that dogs have a lot of behavioral similarities compared to humans. But we don’t know anything or very little at least about whether some of these behaviors are represented similarly inside the brain of the dog, so this research is providing a first glimpses to whether these behavioral similarities are underlined by similar neural processes,» said MacLean.

And what that tells ordinary dog owners, the Hungarian scientists say, is to treat your canine companions as friends, not mere animals, because they evidently understand human feelings. 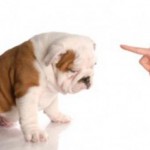 Anterior: The Pulsar That ‘Vaporized’ a Billion-Ton Asteroid
Siguiente: Scientists make artificial muscles out of fishing line and thread …A new type of muscle is created