As the days become years, many dogs sit, lay, eat, and defecate within the same 10-foot radius.

Chained by the neck, they exist without respect, love, exercise, social interaction, and sometimes even basic nourishment. They live as prisoners, yet long to be pets.

Chaining is not only inhumane for dogs, but has taken a severe toll on children. In the period from October 2003 through January 2007, there were at least 112 children killed or seriously injured by chained dogs across the country. Chained dogs, unsocialized with humans, can become very territorial of their tiny space, and any two year old who wanders into this space can be attacked and killed before adults can intervene. A recent attack in Missouri, March, 2006 left 3 year old Quillan Cottrell dead from head and neck wounds. Quillan was attacked and killed by a young rottie who was chained in his uncle’s garage.

Spay Day USA is a national campaign to promote spay/neuter as a simple, humane and effective way to end the tragedy of euthanizing homeless pets.

Thousands of kittens and puppies are born every hour in the United States. While these baby animals are adorable, the fate of most of them is tragic. Spaying or neutering our pets and feral cats is the most effective way to reduce the vast numbers of animals who are born only to die prematurely and without a family who loves them.

Approximately 3 to 4 million animals are euthanized in shelters nationwide. Over a quarter-million each month. 405 each hour. One every nine seconds.

About Companions For Life: Companions For Life is a 501(c) (3) non-profit organization dedicated to humane education and shelter outreach. Our goal is to provide the public with the necessary education to be respectful and responsible toward all animals. We hope to build confidence in our community so that they will teach others the importance of compassion to animals. Through partnerships with school districts, parks and recreation departments, pet-related businesses, and other community service organizations, we educate children and adults about a variety of humane issues such as animal overpopulation, animal cruelty, P.O. Box 794073 . Dallas, TX . 75379 . T: (972) 661-2356 . www.companionsforlife.org 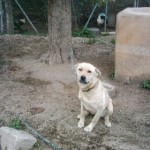