DENTON (UNT), Texas – University of North Texas graduate students Joseph Koruth and Carlos Pena-Sanchez demonstrated the strength of UNT’s energy engineering program beating out students from the world’s top schools at the Winnovation case competition in Aarhus, Denmark, on Feb. 3.
The students made the 14-hour journey home from Denmark as members of the first place and runner-up teams in the competition, which is sponsored by leading wind-energy company Vestas and challenges graduate students to develop out-of-the-box ways to reduce the cost and improve the quality of wind energy.
Pena-Sanchez was part of the winning team and won a cash prize to be used on airfare for an around-the-world trip, which he plans to use to fund his honeymoon later this spring. Koruth was a member of the runner-up team and won an assortment of prizes. UNT and the Massachusetts Institute of Technology-Zaragoza were the only universities to have two students make it to the final round of competition.
Koruth and Pena-Sanchez submitted a solution to the competition in November, and in December they were notified that they were among the 27 finalists selected to make the all-expenses-paid trip to Denmark to participate in the Winnovation finals. Finalists were selected from a pool of hundreds of students from more than 40 countries based on the innovation and viability of their solutions.
Once they arrived at Vestas’ research and development headquarters in Aarhus, they were put on separate teams for the remaining stages of the competition.
“We were disappointed that we were put on separate teams and had to compete against each other, but when it came down to the final round we were just glad that UNT would be represented on the winning team,” said Pena-Sanchez.
Both students are pursuing their master’s degree from the Department of Mechanical and Energy Engineering, and say that the unique coupling of the two disciplines drew them to UNT. Koruth completed his undergraduate degree in India and Pena-Sanchez completed his in Puerto Rico.
“I attended the SACNAS conference in Dallas in 2009, which gave me the opportunity to visit UNT and tour the Department of Mechanical and Energy Engineering, and I was not only impressed with the curriculum, but also the facilities and the faculty,” said Pena-Sanchez.
Koruth and Pena-Sanchez are both scheduled to graduate in May 2012, and are considering joining Vestas’ Graduate Programme soon after. Both students have been mentored by Drs. Srinivasan Srivilliputhur and Kuruvilla John. John is an associate dean of the College of Engineering and a faculty member in the Department of Mechanical and Energy Engineering, and Srivilliputhur is a professor in the Department of Materials Science and Engineering.
Both students are working with John to conduct research on air pollution in Texas for their master’s thesis. Srivilliputhur says working with faculty from different departments helps the students understand the need for an inter-disciplinary approach to solving to the world’s most challenging problems.
“Dr. John and Dr. Srivilliputhur really helped us prepare for the competition,” said Koruth. “They had us present our case solution, and then they grilled us like they knew the judges would. It was great because when we got to Denmark we knew what to expect and didn’t have any problems.”
UNT became the first university in the nation to offer a degree in mechanical and energy engineering in 2006, and has quickly become a leader in the effort to produce a quality green-collar workforce for Texas and beyond. 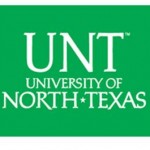