ENRIQUE “EL PERRO” BERMUDEZ was born in Tampico, Mexico in 1948 and he started his career in 1973 as a radio correspondent for politics and crime news for Canal 58 a local radio station in Guadalajara, Mexico. In 1977 he joins Televisa and starts working as sports narrator for Radio and TV concurrently. The year 1978 marks a huge success in his trajectory by narrating the transmissions for the FIFA World Cup held in Argentina. His trajectory as a Sports narrator and commentator includes: FIFA World Cups and FIFA World Cup Finals, EUROPEAN Cup of Nations, AMERICA Cup, FIFA Sub-23 World Cups, Copa Libertadores, GOLD Cup, Olympic Games and MEXICO’s National Team Matches. Enrique will be signing autographs at Viva Dallas on Saturday at Noon.

Marisa del Portillo co-hosts “Escandalo TV”, (“Scandal TV”) a midday program that is broadcast weekdays on the TeleFutura Network. It features special guests, celebrity interviews, and candid conversations about everything from current events to fashion.

Prior to joining TeleFutura, del Portillo worked in a variety of capacities in radio, print, television, theatre, and film in her native Mexico. From 1982 to 2000, she appeared as an announcer in advertising campaigns for such clients as Seguros Comercial America, Kodak, and Loteria Nacional. Additionally, for a period of thirteen years (1988 – 2001), she was featured in commercials for companies like Nestle, Ford, Coca-Cola, Wal-Mart, Skytel, Kellogg’s, Phillip Morris, and Nissan. Also on television, she participated in well known Ricardo Rocha’s shows “En Vivo” and “El y Ella,” to name just a few. Marisa will be signing autographs at Viva Dallas on Saturday 1pm to 3pm and 4pm to 5pm.

Sunel Molina was one of the semifinalists in Telefutura 49’s Objetivo Fama in 2006. He competed in the singing competition wooing the young viewers with his style and talented voice. Sunel was born in Havana, Cuba and resides in the Dallas/Ft. Worth Metroplex.

He continues pursuing his singing career… hoping to capture the dream of becoming a singing idol. Sunel will be signing autographs at Viva Dallas on Sunday 1pm to 3pm 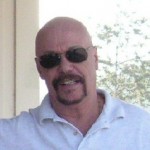