Where to Celebrate Fourth of July 2015 in Dallas 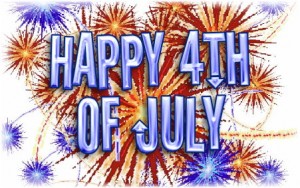 Happy Independence Day, Dallas. Before you start chanting “USA,” guzzling hot dogs, and popping off backyard bottle rockets, take some time to get a plan together. Have a look at the ultimate guide to Fourth of July weekend events in Dallas, Fort Worth, and surrounding bits of North Texas.

Parades
The best street-marching Dallas has to offer this Fourth of July weekend:

The Bluffview neighborhood 4th of July Parade kicks off at 9:45 am, beginning at 4800 Bluffview.

Lakewood’s 4th of July Parade starts at about 10 am at Lakewood Blvd. and Cambria. Head out early to participate in the fun run.

Downtown Denton’s Yankee Doodle Parade gets going bright and early at 8:30 am.

The Plano Lions Independence Day Parade starts at 9 am at the Plano ISD Administration Building.

Flower Mound’s Independence Fest kicks off with a children’s parade at 10 am starting at Bakersfield Park.

The Red, White, and Boom festivities begin with a parade in downtown McKinney at 10 am.

The bovine version of a parade, aka a cattle drive, will take place at the Fort Worth Stockyards Independence Day celebration.

The Old Fashioned Fourth at Dallas Heritage Village will feature a parade at 10 am, along with other vintage USA festivities.

Performances
For a full breakdown of the best Fourth of July concerts in Dallas and Fort Worth this weekend, head over here. It’s worth highlighting a few upcoming shows again:

Merle Haggard is maybe the only outlaw country legend capable of measuring up to Willie Nelson, so it’s appropriate that Haggard is headlining Billy Bob’s Fourth of July Picnic now that Nelson has taken his annual bash elsewhere. Haggard performs Friday night, but plenty of stellar country music acts will play during the two-day bash in Fort Worth.

The Fort Worth Symphony Orchestra will perform patriotic standards, American marches, and military salutes Thursday, Friday, and Saturday at the city’s botanic garden.

The Dallas Wind Symphony will perform its annual patriotic program at the Meyerson Saturday afternoon.

The Singapore Slingers, an 18-member blast-from-the-past ensemble that looks and sounds like something from the early 20th century, will pay tribute to America with a performance at the Kessler.

Parties
First, some miscellaneous activities: The Arboretum is offering free admission to active or retired armed service members, and will have July 4-themed activities all weekend. Expect lots of American flags lined up with all the lovely scenery. Head to Heritage Village for an old-fashioned Fourth of July.

For some Fourth of July parties that are fit for the whole family, head over here. For a guide to Fourth of July cocktails, a prerequisite for any decent July 4 party, look no further than this link right here.

You can catch those Fair Park fireworks poolside at the Belmont, which is serving up tacos and Popsicles. DJ David Gover with Spinster Records is on the decks.

Drinking in parking lots is an American pastime as storied as baseball. The Double Wide is embracing that for this Parking Lot Party featuring live music and general debauchery.

The Brass Knuckle Corndog Beatdown — a corndog-eating contest at the Libertine on Lower Greenville — starts at 5:30 pm.

If you find that it’s already July 5, and you’re still chanting “USA,” head over to That That for Crisp: Red, White, and Blue, The Misfit. The after-hours party, hosted by DJ Colly T, gets started at the stroke of midnight and runs until 4 am with performances from local rappers like Blue, The Misfit, and Philadelphia artists like The Bul bey. 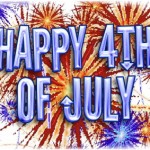 Anterior: Things to do this 4th of July
Siguiente: Independence Day